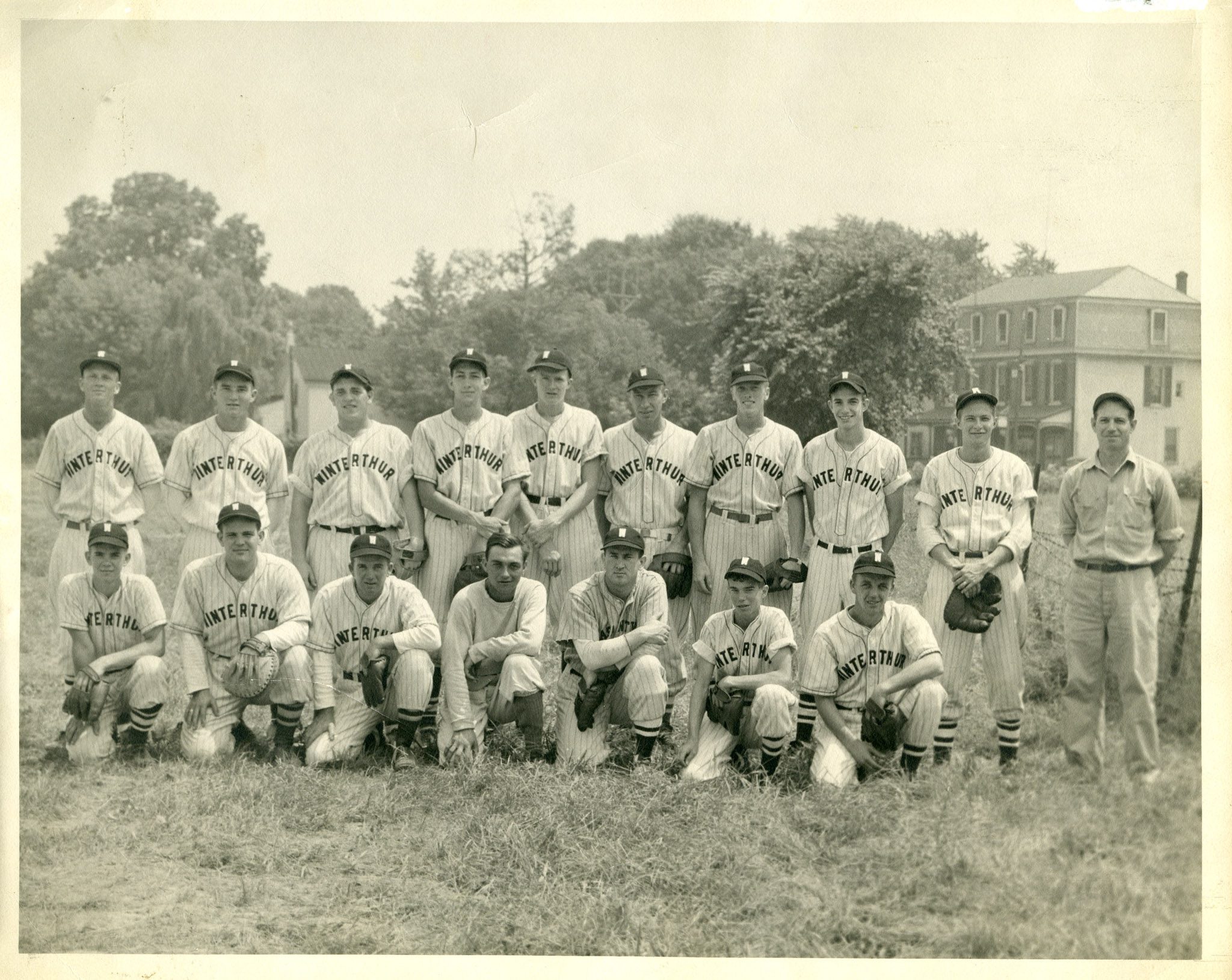 In its working days, Winterthur was large enough to field a baseball team—a team that, in its prime, dominated its league.

The 1920s birthed baseball legends. “Il Bambino” Babe Ruth consistently slammed 50 homers a season, Rube Foster organized the new Negro National League, and, during his career, Ty Cobb batted in runs at a rate that has never been matched.

America went crazy for the game, and Winterthur did too, fielding a team of gardeners, farmers, mechanics, carpenters, masons, painters, and others who worked on the vast estate. They played, according to guides Josh Horowitz and Tyler Johnson, purely out of love for the game.

Looking back during a year when a player lockout threatened the 2022 Major League Baseball season, it seems almost quaint.

“They played after work, five nights a week sometimes,” Tyler says. “It was a passion for them.”

In its heyday as a working dairy farm, Winterthur employed hundreds of people. Many of the families lived on the property, so there were easily enough men to form a team. Because some families lived here for two or three generations, sons often followed their brothers and fathers onto the team.

“Baseball was almost like a bonding experience because this was a company. It was a workforce. It was a community,” Josh says. “It’s almost like a local college team, I would say. It’s something that they could all do.”

There were two iterations of the Winterthur Tossers. “World War II is a nice way to cut them into part one and part two,” Tyler says. “Part one, they’re not truly in a league. However, they play teams from the Industrial League. We’re starting from 1926. Winterthur had baseball teams before this, but this is when they officially get uniforms and stuff.”

Part one is when Winterthur founder Henry Francis du Pont gave the Tossers the first of their three fields on the estate. The site of the first has never been identified, but it is known that it was “a little two wet for them,” Josh notes. The field then moved to a meadow on nearby Adams Dam Road, which cut across part of the property. That area is a golf course today.

The third location was on Thompson’s Bridge Road, then part of Winterthur, now part of Brandywine Creek State Park. That baseball diamond was protected by an electric cattle fence to keep members of Winterthur’s famed dairy herd from depositing cow pies on the field.

In addition to hosting teams from the Industrialist League, the Tossers also traveled to play on their competitors’ home fields in nearby Chadds Ford, Longwood, and Kennett Square in Pennsylvania, St. Barnabas Church and Kentmere in Wilmington, and Elk Mills in Maryland. The Tossers even had a clubhouse, where they held card games and bingo contests to raise money for their pin-striped uniforms.

World War II ended competition as players went off to fight overseas, but by 1948, the Tossers reformed and joined the Diamond State League, which included teams from Elsmere, Rockland, Hockessin, Yorklyn, and the public workhouse, or prison, at Prices Corner, where only a guard tower stands today over modern Little League fields.

“When they’re in the Diamond State Leagues, they’re darn good,” Tyler says. “In the first year, the men won 30 games and lost only two. And for two years in a row, outfielders Walter Heckman, Leonard Foulsham, and Ernie McCann were all chosen to play on the all-star team.”

The Tossers disbanded in the early 1950s, but in its prime, the team fielded players from at least two generations of three families: Lattomus, McCann, and Cash. Some of their recollections are recorded in oral histories made in the 1970s. Though they talked about the work life of the estate, they also spoke enthusiastically about baseball.

“It was a fairly good team for a group of ordinary guys working on a farm,” estate superintendent Howard Lattomus recalled in 1978. “They were crazy about baseball.”