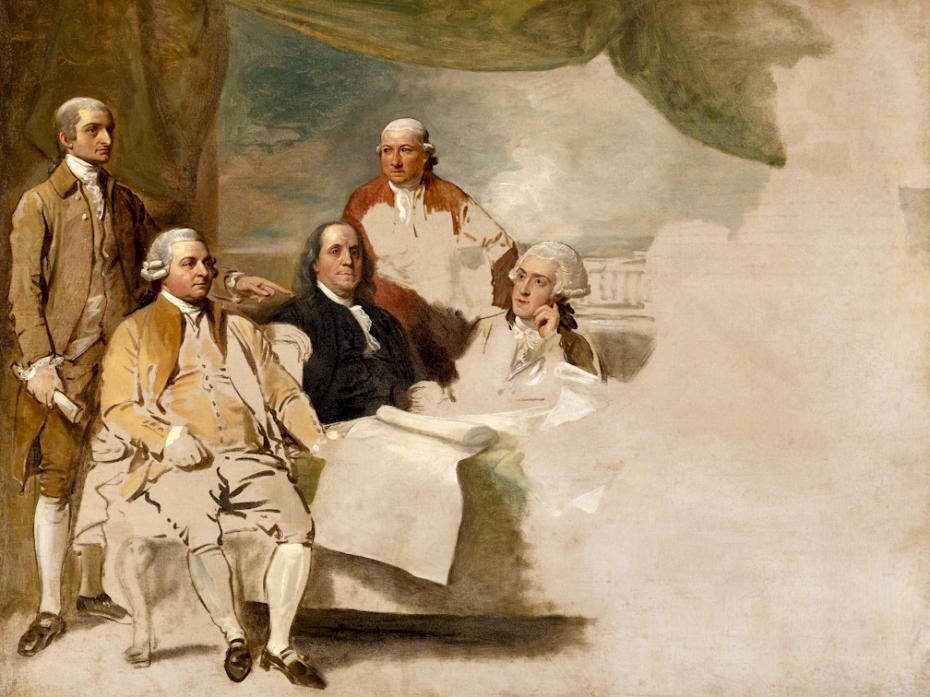 From the outset of his collecting in the 1920s, Henry Francis du Pont recognized the importance of portraits, paintings, prints and maps to the room settings he was creating at Winterthur. In December 1929, he wrote to dealer Hannah Mae Horner, “I shall be interested in hearing of any American portraits of only very good looking people, or of people who are important historically.” Until 1951 when Winterthur opened as a museum, H. F. du Pont selected each painting with a critical eye to its color, texture, style, and geographical and historical contexts.

Over 450 paintings, most of them by American artists, are featured at Winterthur. Among his early purchases are some of the most important paintings in the collection. In 1930, du Pont purchased important southern works including Henry Benbridge’s double portrait of Captain and Mrs. John Purves and James Earl’s elegant Rebecca Pritchard Mills (Mrs. William Mills) and Her Daughter Eliza Shrewsbury. Benjamin West’s unfinished American Commissioners of the Preliminary Peace Negotiations with Great Britain, dating 1783 to 1784, was acquired from the J.P. Morgan collection in 1948. After Winterthur became a museum, H. F. du Pont turned to professional staff for advice and consultation. In 1961 he purchased John Trumbull’s iconic Washington at Verplanck’s Point, a work that had hung at Mount Vernon and was a favorite likeness of Martha Washington’s. Winterthur’s American paintings collection has continued to grow and diversify over the years and represents a carefully selected survey of early American portraiture and genre painting.

Winterthur’s collection of more than 4,000 prints and maps is comprised of both American and foreign examples. By the 1930s, du Pont was acquiring significant prints relating to colonial and Federal era America. After 1951, assisted by Winterthur curators, the collection continued to expand. It now includes works by notable American engravers Nathaniel Hurd, Paul Revere, Peter Pelham, and Amos Doolittle, and is particularly rich in images known to have been available to American consumers prior to 1840.  Among the Museum’s 1,600 works on paper is an important collection of Pennsylvania-German fraktur.

Books on Winterthur Paintings and Prints