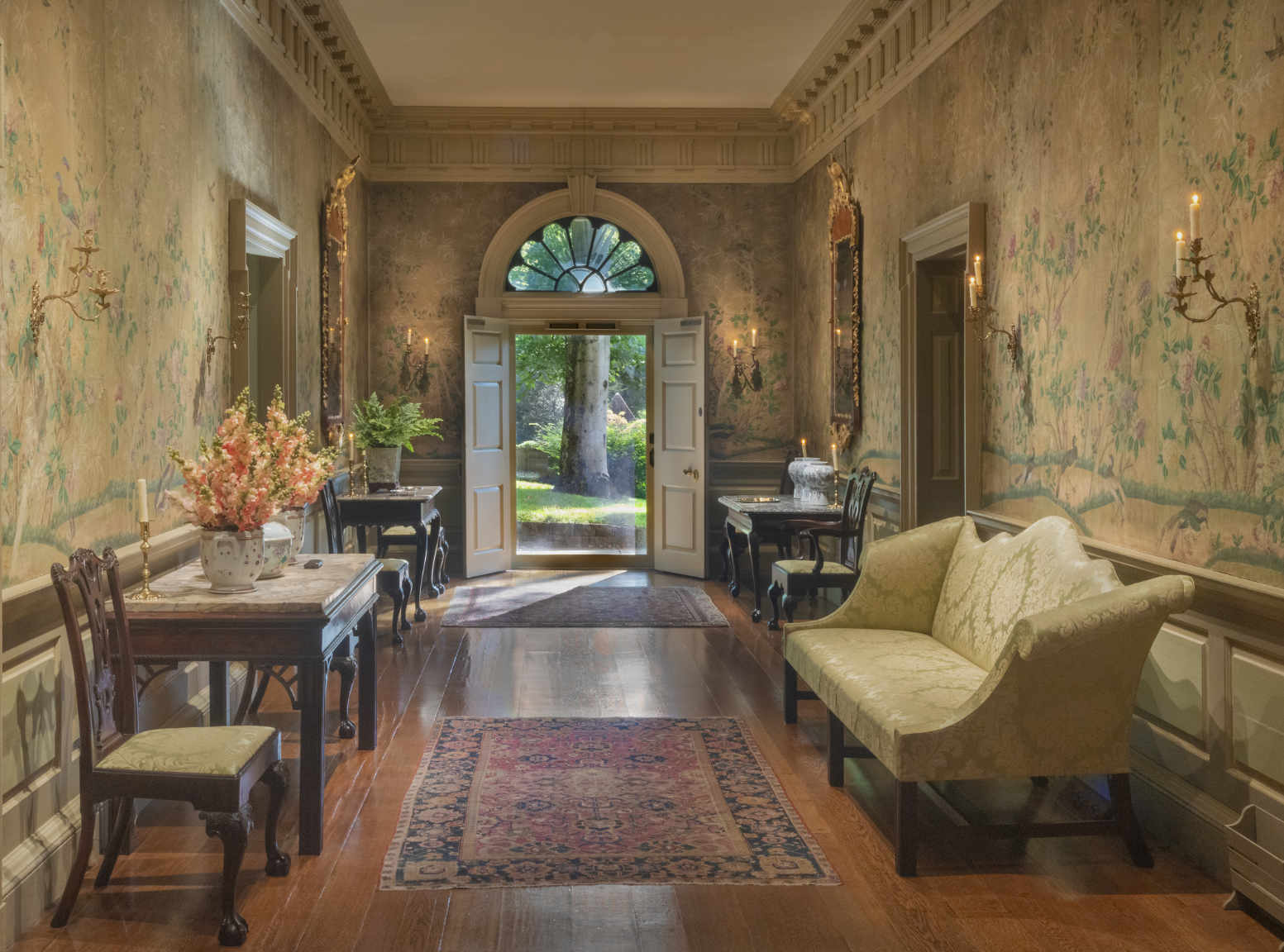 Beginning in childhood, Henry Francis du Pont was a collector, gathering birds’ eggs, plants, and other natural objects in the gardens and woods of Winterthur and beyond. In later years, that same drive to gather and create beauty with objects was translated on a grand scale into his remarkable collections of decorative arts.

In partnership with the Delaware Museum of Natural History, the exhibition brings selections from their collection of natural specimens together with collections drawn from Winterthur’s museum and library holdings, demonstrating the powerful connection between nature and the decorative arts.

Outside In considers how du Pont’s interiors looked to the outside and brought it inside in an aesthetic that has inspired designers ever since. The enduring theme of nature in design is captured through objects featuring naturalistic elements and, in some instances, objects such as shells and feathers found in nature. Organic objects such as ladles made from coconut shells and busks made from whale bone are included in the exhibition, inspiring visitors to consider current discussions about preservation and conservation of the natural world. This visually eclectic and immersive installation will capture the imagination of visitors of all ages with objects ranging from a hornet’s nest to shells, minerals, and fossils to exquisite inlaid cabinetry and shellwork grottos.