PLEASE BRING A MASK. Fully vaccinated visitors are not required to wear a mask, though there are exceptions. Masks are still required for unvaccinated visitors. More information  »
Accept Cookies and close banner
Back to top
Open main navigation
Search Site 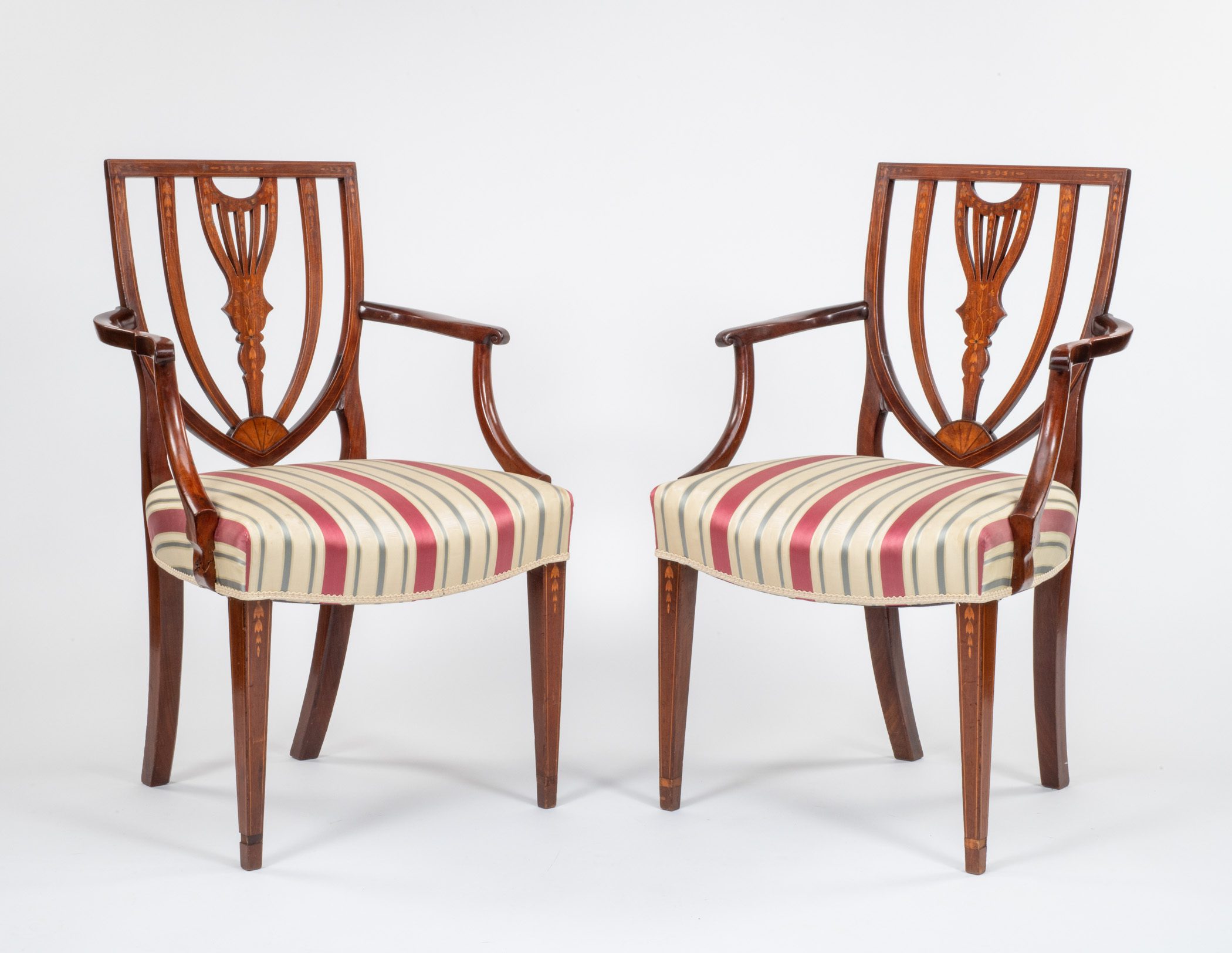 Image Caption: Winterthur recently acquired six chairs that are believed to have been owned by Alexander Hamilton.

Winterthur deconstructs Alexander Hamilton’s seating to see what it might say about furniture making and taste.

The big news about “Hamilton,” the musical, is that it will open the Broadway Philadelphia season this fall. The bigger news about Hamilton at Winterthur is that the museum recently acquired six chairs that are strongly believed to have been owned by him—and they have much to tell.

Since 1952, Winterthur has owned a side chair that was part of a set of 18 to 24 chairs believed to have been made by New York cabinetmaker Elbert Anderson between 1790 and 1800 for Alexander Hamilton and his wife, Elizabeth Schuyler Hamilton. Based on close similarities in the decoration and construction of that first Winterthur chair, chairs in other museum collection, and the six added to the Winterthur collection in December, Josh Lane, the Lois F. and Henry S. McNeil Curator of Furniture, and Kathy Z. Gillis, the Elizabeth Terry Seaks Senior Furniture Conservator, believe they are all part of the same set.

“We’re looking for a bill, an order, a diary entry—anything like that,” says Lane. “We need that smoking gun.”

The chairs are made of mahogany. All are decorated with swags of floral inlay, each meticulously incised, then rubbed with ink or paint to heighten the illusion of relief. The seats curve upward at the corners for comfort. The tops are flat, unlike typical shield-back chairs. The Hamiltons used them in the dining room of The Grange, their Federal-style home in Manhattan.

“They’re kind of radical,” says Lane, who describes the chairs as “party furniture.” “This is the cutting edge of high fashion, made for a very public, performative room designed for entertaining and dining on a large scale.”

The chairs were a gift from Lammot du Pont Copeland and his wife, Deborah Copeland, who used them in their own dining room for many years. They match side chairs in other museum collections, including the Albany Institute of History and Art, the Museum of the City of New York, the New York State Museum, and the Metropolitan Museum of Art—all of them believed to be from the original set made for the Hamiltons. The set could have been dispersed through an estate sale or divided among the Hamilton children.

The two armchairs are especially important. When the conservation firm Wilkinson and Fallon replicated the set in 2011 for display at the Grange, no armchairs from the set were known to exist. Designers were forced to speculate about how they might have looked. Conclusive evidence that Winterthur’s armchairs are original would confirm the design and reinforce interpretation at The Grange and other sites.

In Winterthur’s furniture conservation lab, Gillis has removed the latest upholstery and springs, revealing evidence of three or four previous upholstery campaigns through the nail and tacking holes, including a decorative swag pattern that may be the original. Some of the chairs may be re-upholstered to approximate their original appearance, then displayed in the Winterthur house. Two of the chairs may remain uncovered for further study by Winterthur staff and other scholars. With the benefit of new knowledge, Lane himself looks forward to studying chairs in other collections.

By comparing these chairs with those in other collections, “We’re learning more of the story of New York chairmaking and who the craftsmen were, who worked on this commission. These chairs also tell a story of taste and how they functioned in a private home—one in which government officials were hosted,” Lane says. How did a well-connected, high-placed statesman and his wealthy, taste-making spouse define what was fashionable and appropriate for their station in life? “Those are fun questions to explore.”